Biological Waste Water Treatment according to

the Activated Sludge Process with the

How the system works

BIO-Systems are a combined process water and waste water purification system. It works in a similar way - on a smaller scale - to a fully automatic biological sewage water plant, using the activated sludge process. Micro-organisms transform the organic pollutants that are dissolved in the water and do not therefore settle to form sediment either into harmless or water-soluble substances or into sludge that does settle and form sediment. In the course of this process, the micro-organisms eliminate mineral oils and tensides, while producing carbon-dioxide and water-soluble mineral salts at the same time - without the creation of any odour. The BIO Water submerged jet generator and a fluid bed encourage and accelerate the process. What is left is „fresh“ recycled water and sediment with an extremely low pollutant content.

The activated sludge process is the technically most important one for biological cleaning of waste water from industry and household. The BIO Water series adapts and adjusts this especially efficient process for recycling waste water from car and truck wash plants as well as from roll-over machines.

1. Characterization
The basic technological principle of this treatment process consists of a reaction basin, which contains organisms and to which a nutritive substance is added in the form of waste water.
For oxygen supply and in order to keep those organisms sustained, the reaction basin is aerated and circulated. The organisms keep their state and continuance by transforming nutritive substances from the waste water via biochemical process into bodily substances. 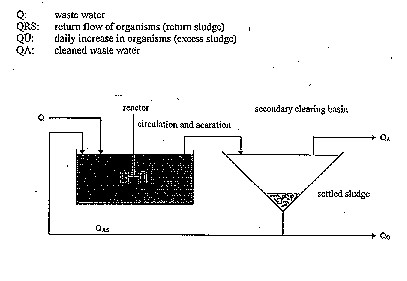 The actual carrier of the cleaning work is the so-called activated sludge. It consists of numerous single particles with a diameter of an average of 50 to 200 ym (1000/mm).
The center of this particle consists mainly of inert substances of waste water such as alumina which lead to a mostly brownish coloration of the center as well as heavy metal oxides, hydroxides and lime. In contrast, the biologically active peripheral areas slow bacteria which have a grey color. 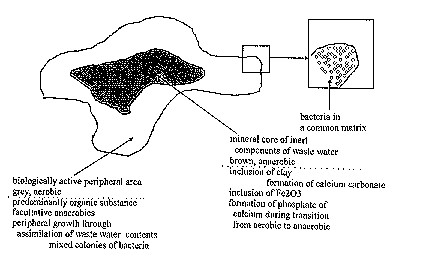 The composition of the biologically active periphal area is subject to constant change, which is partly based on the changing waste water water composition, partly a result of intrinsic dynamics, the cause of which is not completely known yet.

The term bacteria characterizes a group of micro-ognisms, which is extremely varied as far as shape, physiology and environmental requirement is concerned.

What applies to all bacterias is that they require a wet biospehre, be it open water or water contained by damp soil. Bacteria process is mainly organic substances and return their components to the natural metabolic circulation. 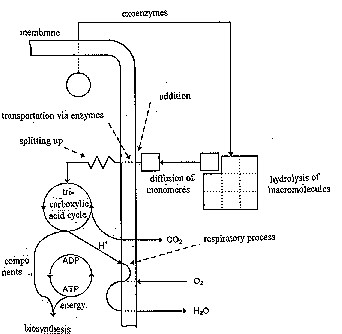 The transformation which is based exclusively on metabolic proceses takes place in several partial steps.
In a first step the macromolecules of the nutritive substance are split by enzymes from the interior of the cell. As a second step the cleavage products are absorbed through the cell wall and split into their components in several metabolic steps.
This way varios mechanisms make sure building material for further cell material on the one hand and energy of the actual metabolic processes on the other hand is gained. Remaining substances such as carbondioxide and water are being discharged through the cell wall.
Oxygen is always required for any metabolic process. It is mechanically added to the reaction basin during the stimulation process and is dissolved in water.
In addition to that, however, a minimum quantity of other elements is required in the waste water so that the metabolic process can be accomplished at an optimum rate.
The most important elements that are artifically added, also in the form of salts, are nitrogen and phosporus when there is an acute shortage in the waste water. In addition to that, sulphur, potassium and a series of trace elements also play an important role. With the exception of nitrogen and oxygen all required substances are available in excess in waste water from a roll-over machine, whereas nitrogen, especially during the initial phase, has to be increased by adding nitrogenous salts. 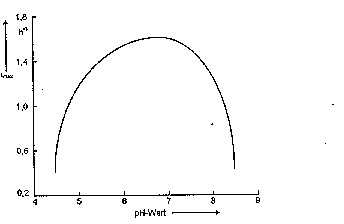 Due to the protein character of enzymes the pH value of the waste water influences the enzymatic reactions. It shows that different enzymes have a more or less distinctive pH optimum. Generally, the ideal range for biological decomposition lies between 6.5 and 7.5 pH.
Through the release of carbondioxide the buffer capacity of the waste water towards high pH values increases dramatically. In addition to that, the waste water is also neutralized through the biological decomposition of organic alcali formers, the tensides.
Temperature has a doubling influence on the rate of biological reactions.
First of all an increase in temperature generally leads to an increased rate of the chemical and biochemical reactions. The increase in speed, however, is not unlimited since enzymes are subject to a denaturation process, since their protein character leads to a decay with increasing temperature. 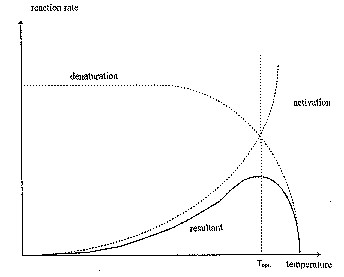 According to the kind of macromolecules, which the pollutants and their cleavage products in the waste water consist of, different enzymes are necessary for their transformation.
Since one kind of bacteria can generally only produce relatively few enzymes, it is a requirement that there is a large variety of bacteria for a comprehensive exploitation of all nutritive substances in the waste water.
In addition to that, many bacteria are capable of changing their enzyme production such that they can also process molecules and nutritive substances, which generally are considered not or only slightly degradable such as most mineral oils and mineral oil solvents.
This process, which develops new enzymes through bacteria for the use of a new nutritive substance, is called adaption. 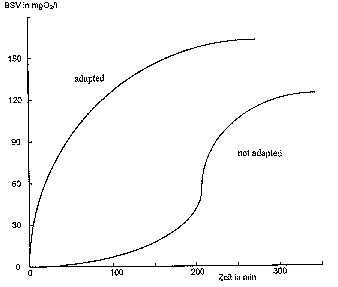 Please phone or fax or click here for e-mail: